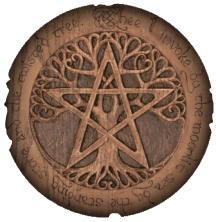 What to say ... it's always difficult to describe oneself. To make a life interesting is twice as problematic. At least for me.
So, I'm human (pretty sure). I was raised in Philadelphia. Along with being a writer I wear other hats ... mother, partner, sister, daughter, pagan, vegan and studying herbalist. I have always gravitated toward stranger people, places and things. I like being alone and in all kinds of darkness. I enjoy alternative relationships and ways of living.
​      I used to have a long, boring story here. But my New Year's Resolution was to try to be less long and boring. I may have succeeded in being less long, don't know about less boring.
Peace, River
​Do not go where the path may lead, go instead where there is no path and leave a trail-    (but also, don't be a dick a leave a huge human footprint ... Emerson didn't write that last part)
Ralph Waldo Emerson